Many of California’s young children in immigrant families aren’t getting their needs met and are suffering toxic stress, thanks to our nation’s current hostile immigration policies, a new paper explains.

The paper, released today by The Children’s Partnership and Early Edge, notes the harmful effects of these policies on the health and wellbeing of California’s young children, as well as their families and caregivers. “The “persistent fear and anxiety” these young children experience can affect their ability to form healthy attachments, impact their brain development, and even lead to lifelong adverse mental and physical health problems, the paper notes. 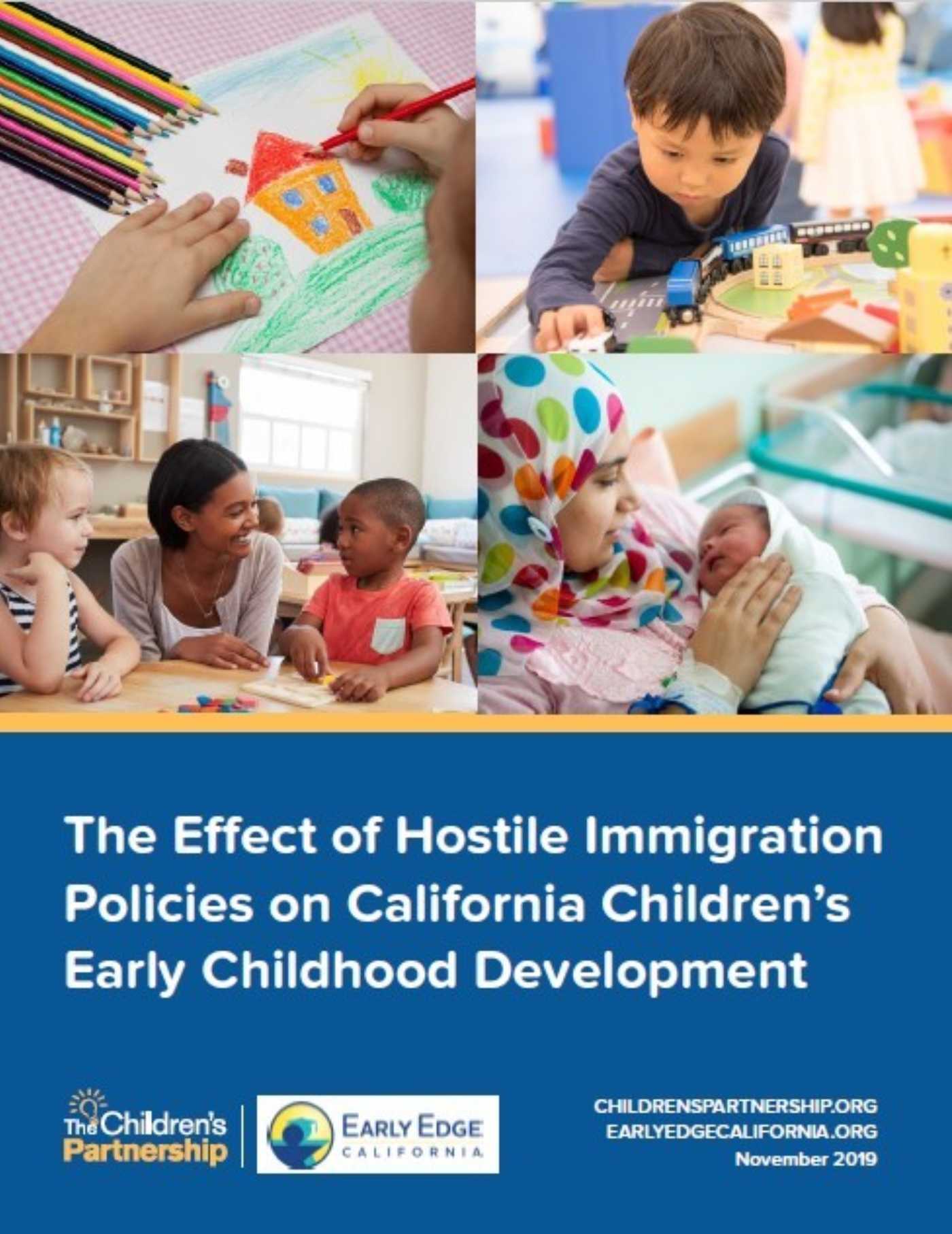 The paper, released by The Children's Partnership and Early Edge, provides an eye-opening look at the effects of hostile immigration policies.

In addition, many children of immigrants are not getting their basic needs met as a result of the environment of fear caused by hostile immigration policies. Some immigrant families are abstaining from public benefits like SNAP (food stamps) and WIC, or avoiding visits with healthcare providers, due to fear of being caught by ICE if they venture into public. As well, although most immigrant families have at least one working parent, many still live in poverty. Often, those who are deported are men who are the primary breadwinners for their families, which further plunges children and their families into poverty.

Early childhood educators also face difficulties due to current immigration policies; one in five are, themselves, immigrants, and live with persistent anxiety about their fate, as well as the fate of their family members and the children they serve. Often, they see signs of clear distress in the children they work with, such as inattention and antisocial behavior.

The paper proposes a number of ways to help safeguard the healthy development of California’s youngest children, including building the capacity of the early childhood workforce to meet the needs of immigrant children and families; implementing policies to make early childhood facilities “safe spaces;” and expanding early relational health programs to operate with a trauma-informed lens when addressing the socio-emotional and mental health needs of young children.

Home Visiting Programs and their Vital Role for Immigrant Families

With a presidential administration that has kept immigrant families living in a constant state of fear due to one of the most aggressive agendas on immigration in modern times, and a virus that’s disproportionately affecting communities of color, home visitors can play a more vital role in immigrant families’ lives than ever before.