Soon after, Faulk and a team of producers and filmmakers began to work with the local public television network, KEET TV, to create a documentary, “Addicts Among Us.” Produced with support from First 5 Humboldt, this hour-long piece investigates the connection between childhood trauma in Humboldt County and the region’s skyrocketing addiction rates.

“Consistent exposure to (traumatic) things in childhood changes the way that our brain develops, which has long-term impacts on both our mental health, our risk of substance abuse, and also our risk of other medical diseases like cancers, heart disease, diabetes,” says Dr. Candy Stockton, Medical Director at Humboldt IPA, in the film. 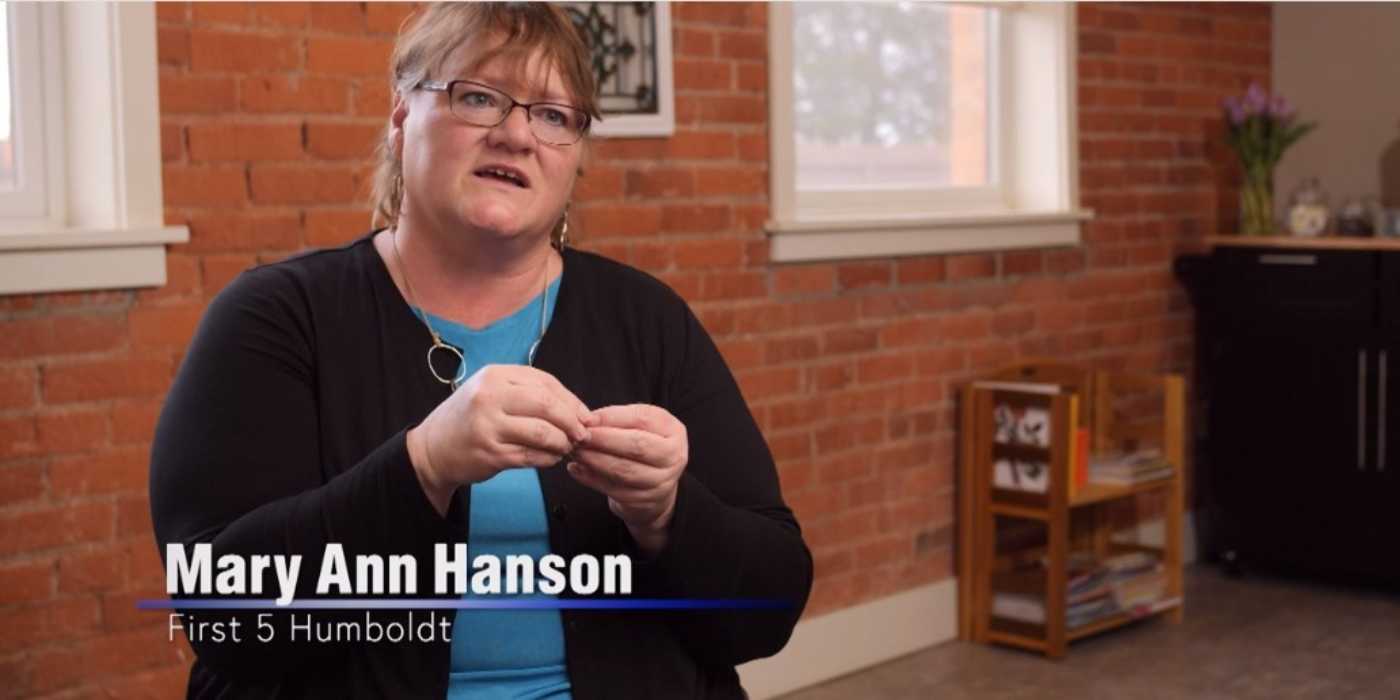 Scoring four or higher on the 10-question ACEs Questionnaire is associated with a host of mental and physical health problems that can follow a person throughout their adult life. About 31 percent of Humboldt County residents have an ACEs score of four or higher, roughly double the percentage of California residents who have a high ACE score.

At one point, the documentary introduces Morgan Omaha, a Humboldt County resident who was an addict by age 12. Omaha’s parents struggled with substance abuse, and his father was abusive. He lost his mother at a young age in a tragic accident.

“I hated the world and everyone for it,” says Omaha, who tells his story of recovery throughout the film.

The film also features a number of organizations and agencies working to help people like Omaha, and to build resiliency among local youth. It draws on a series of interviews with experts, from the Executive Director of First 5 Humboldt, to local pediatricians and healthcare professionals, educators, and law enforcement officers.

“This is not one segment of our community’s issue. This is everyone. It crosses our racial, cultural, socioeconomic boundaries, and our geographic boundaries within Humboldt County,” says Mary Ann Hanson, Executive Director of First 5 Humboldt. “This is a problem all of us face and we’re not going to solve it unless all of us come together.”

Many of California’s young children in immigrant families aren’t getting their needs met and are suffering toxic stress, thanks to our nation’s current hostile immigration policies, a new paper explains.

Although home visits are now conducted by phone, and some of the concerns addressed are shifting, one thing hasn’t changed — families continue to seek the support of Santa Barbara’s field nurses.